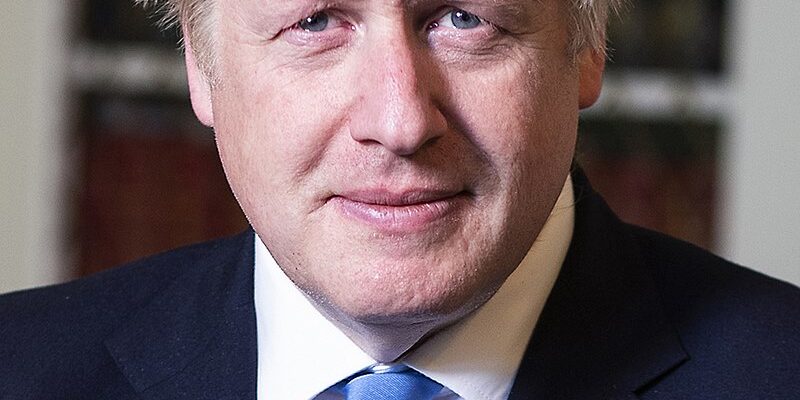 This was stated by United Kingdom Prime Minister Boris Johnson in reaction to the Friday night fire that completed destroyed Waaheen the main market situated in the Hargeisa  central business district.

The fire that resulted in the destruction of over 2000 stalls and employees close to over five thousand people also saw a loss of goods worth millions of dollars.

” Am Saddened to see the aftermath of the fire in Hargeisa with such destruction in the open market that is the economic heart of the city, affecting many small and family enterprises” commiserated PM Johnson in a tweet that read.

In reaction to the UK sympathies and offer of support Somaliland President Muse Bihi via his official twitter account @musebihi said “Deeply grateful to @BorisJohnson support at tragic time. #Somaliland has no stronger friend than the UK. HargeisaFire destroyed central market & thousands of businesses. Assessments of needs ongoing. Will share with @10DowningStreet & @FCDOGovUK to help rebuild lives and the market.

“The UK is working with the authorities and international partners to seek to provide support. My thoughts are with all those affected,” the Secretary of State for Foreign, Commonwealth, and Development Affairs of the United Kingdom, Liz Truss, stated.

Vicky Ford, the UK Minister for Africa, Latin America, and the Caribbean, did come out this time around with the right words to express an incident relating to the Republic of Somaliland which, sometimes, strongly placed in the lap of the former Italian colony and UN Trusteeship, later, to the south.

“Very sad to see (the) damage caused by the fire in Hargeisa, Somaliland. We are in close contact with the Somaliland authorities, our international partners, and aid agencies operating in-country, and are considering what assistance is needed,” Secretary Ford tweeted.

MP Stephen Doughty, Shadow Minister for Foreign, Commonwealth, and Development Affairs, and the leader of the All-Party Parliamentary Group for Somaliland, and a great number of fellow legislators were equally devastated.

“Shocked by the scenes from Hargeisa Somaliland – hoping and praying lives have not been lost,” he tweeted early on, adding that he has contacted the United Kingdom’s Foreign Office for support of the affected as soon as was possible, to ‘urge international community to do all can to provide urgent assistance to tackle disaster (and its) consequences’.

Most heartwrenching scenes emerging of the catastrophe included that of a man holding what remained of a mass of US Dollars bundled together which he kept at the trading place for on-the-spot trading contingencies.

MP Gavin Williamson, who has of late become something of a darling to Somalilanders following his ardent advocacy for Somaliland statehood, was very touched.

“I hope that many nations, including the UK, will be able to provide the assistance that is desperately needed in Hargeisa to deal with this awful fire,” he said in a follow-up tweet to an earlier one in which he expressed his feeling upon hearing of the fire in the Hargeisa market as ‘heart-wrenching’.

Lizzie Walker, Head of the United Kingdom Representative Office in Somaliland, was up all last night monitoring the situation, devastated by the seemingly uncontrollable waves after waves of writhing flames and thick balls of smoke that made visibility and approach almost impossible.

Many other Somaliland friends and Heads of state such as PM Abiy Ahmed of Ethiopia, Ismail Omar Guelleh, Taiwan, and Kenya sent their sympathies.

President of the nearby Ethiopian Somali State, Mustafa Omar, however, took the first place trophy. President Omar did not only send firefighting vehicles and firefighters but also a high-ranking delegation to stand shoulder to shoulder with the Somaliland government at this difficult time.

The full effect of the fire is not yet known but preliminary data show that the value of the destroyed property in Waaheen Market is estimated at $ 1.5 billion to $ 2 billion as affirmed by the Mayor of Hargeisa Abdikarin A. Moge. The government has named a task force to lead operations and to, eventually, start an assessment of the mater