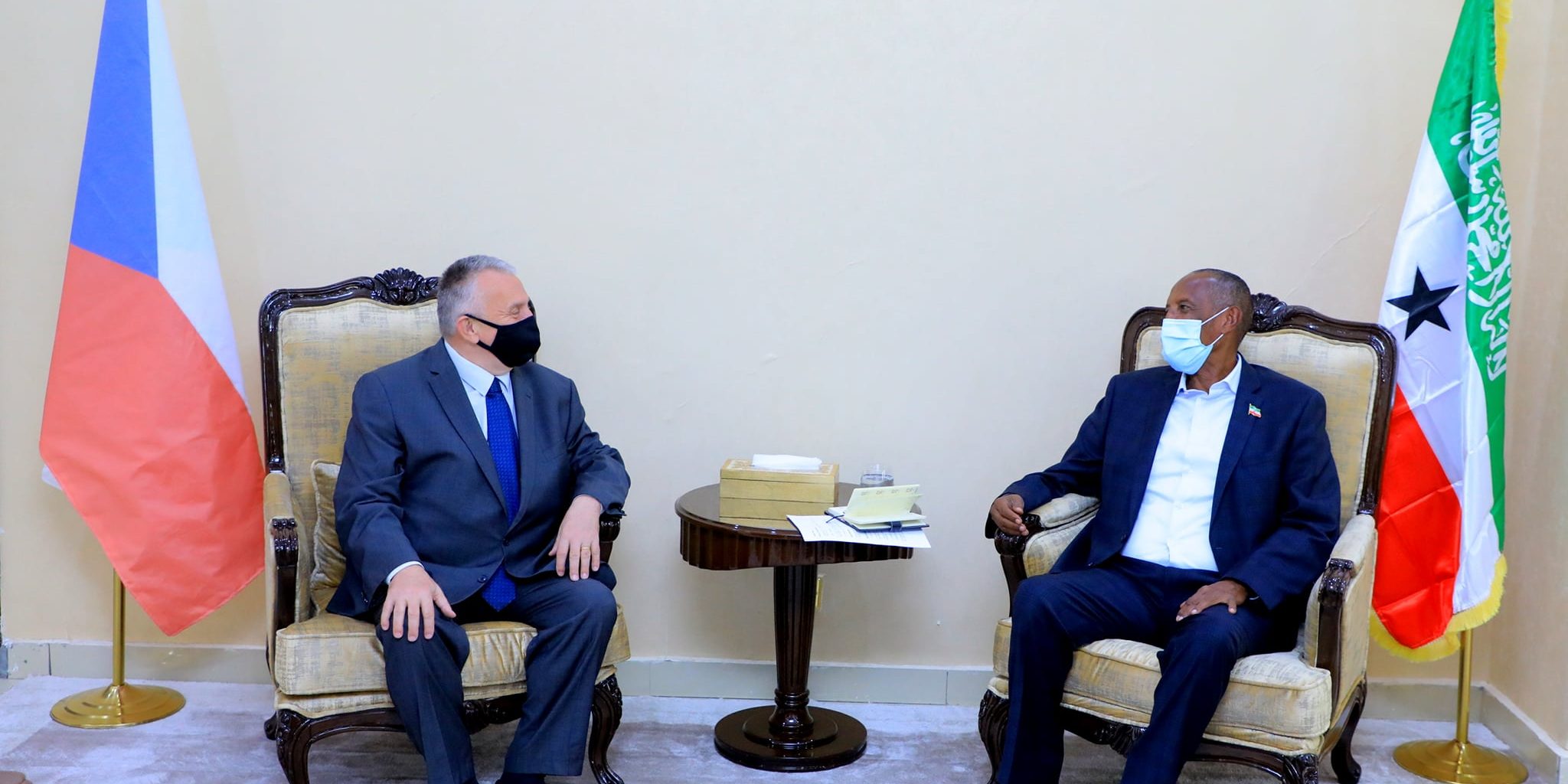 The Government of Somaliland pursues technology, trade and people-to-people interaction with the Czech Republic following a meeting between President Muse Bihi and Ambassador Pavel Mikes, the envoy of the Czech Republic to Ethiopia.

The meeting was held at the presidential palace of Somaliland. After expressing thanks for the visit on behalf of the people of Somaliland, President Bihi, who gave a succinct briefing about the Republic of Somaliland,

told Amb Pavel Mikes that while Somaliland remains internationally unrecognized as a sovereign nation, the nation remains proud of its accomplishments.

Cooperation between Somaliland and the Czech Republic was addressed at the closed door meeting, in particular enhancing cooperation in the areas of education, technology, trade and people-to-people communication.

The discussions between the ambassador and the president of Somaliland ended with a mutual understanding of the issues addressed.