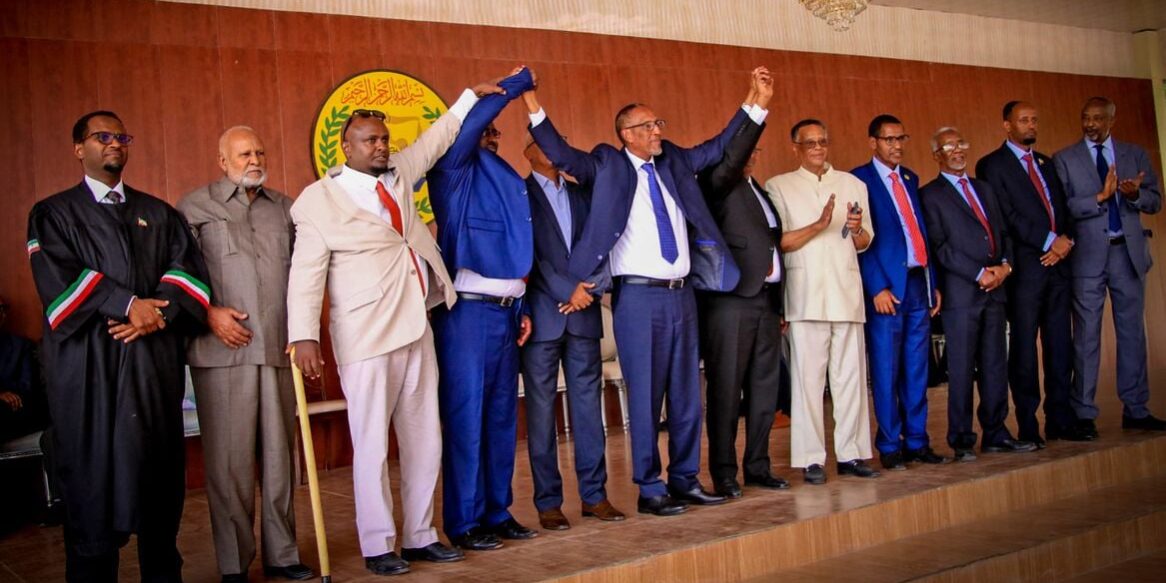 Furthermore, the President declared that today is a day of victory for Somaliland, and the enemy is saddened by the victory and the reconciliation that has taken place.

To sum up, the President underlined that the national victory of Somaliland is for all and cannot be claimed by any party or individual. He also congratulated the newly elected Speaker and the other MPs who contested for the seats in a beautiful and democratic manner. In nutshell, the President said, “Today, all of Somaliland has won; and not a single man or a party. We welcome the newly elected Speaker of the Parliament and his deputies.”