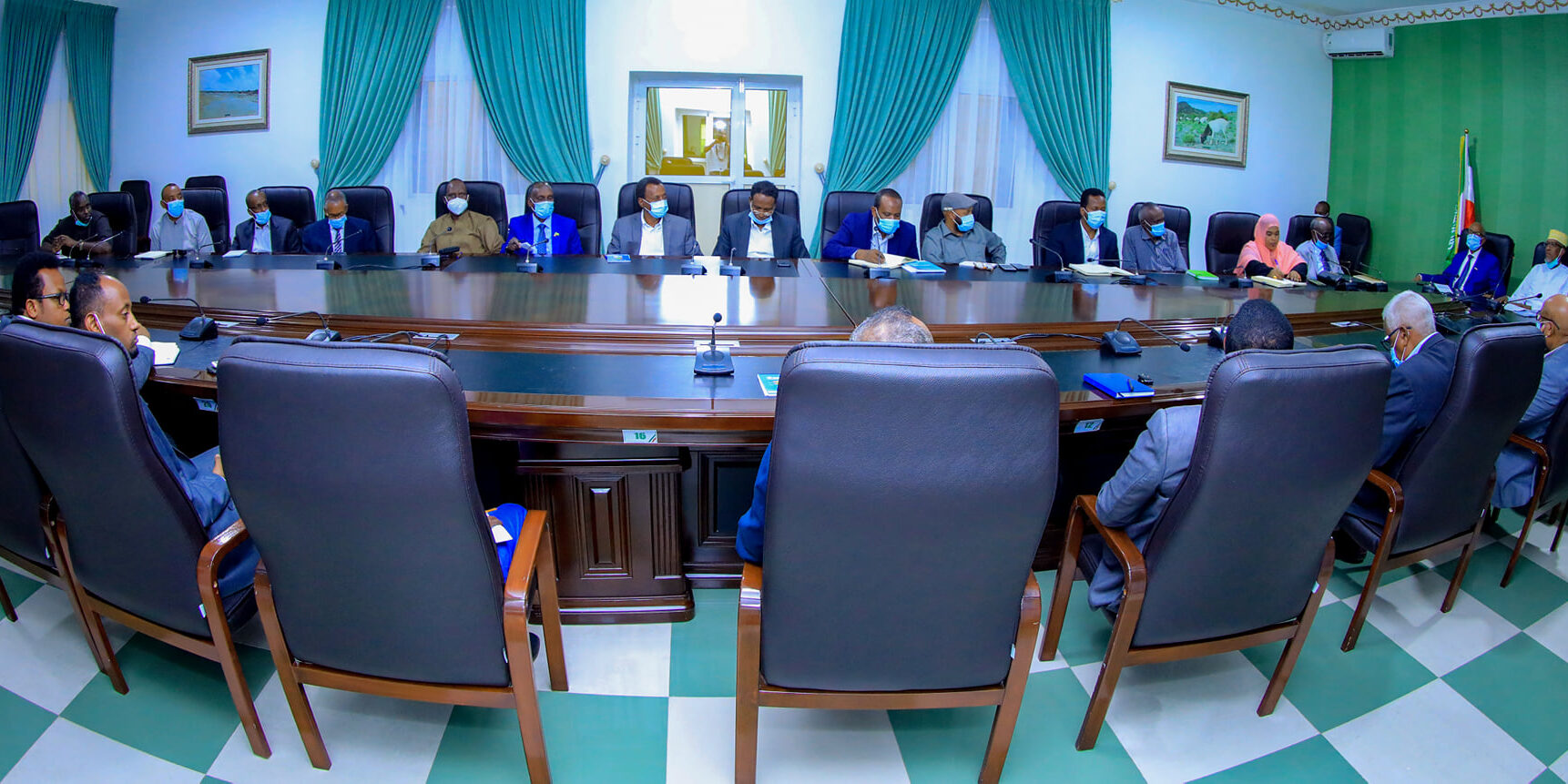 The President of the republic of Somaliland H.E Musa Bihi Abdi, this morning, held a special meeting with the two national political parties, who were represented by the two chairs, Abdirahman Irro of Wadani party and Faisal Ali Warabe of UCID party.

The officials have held an in-depth discussion on the upcoming house of representative and local council elections which are expected to happen in SL at the end of May. Both opposition parties namely Wadani & Ucid have assured that they are ready and at the same time have full confidence in the National Election Commission which is overseeing the polls.

The President has further clarified that the three national political parties have reached an agreement that the election campaigns have been reduced to six days, whereby each party is expected to get two days in the campaign trail. The President has reiterated that his administration prepared all the necessary requirements including the likes of the budget as well as allocation of polling stations. This means that the country is now ready to go to the polls in the upcoming days. The meeting saw the attendance of Chief Justice, the leaders of the two opposition parties, the Attorney General and his deputy together with SL ministers.

With the three weeks campaign to start next week the meeting which commended NEC for apt preparations went on to Pledge security and national cohesion conduct during the exercise.

Annual Constitutional Address of the President of the Republic of Somaliland
March 8, 2021

President Hosts Luncheon for Governors & Mayors at the Presidency
February 9, 2021