President Bihi Delineates that the Country is Ready to Hold Elections 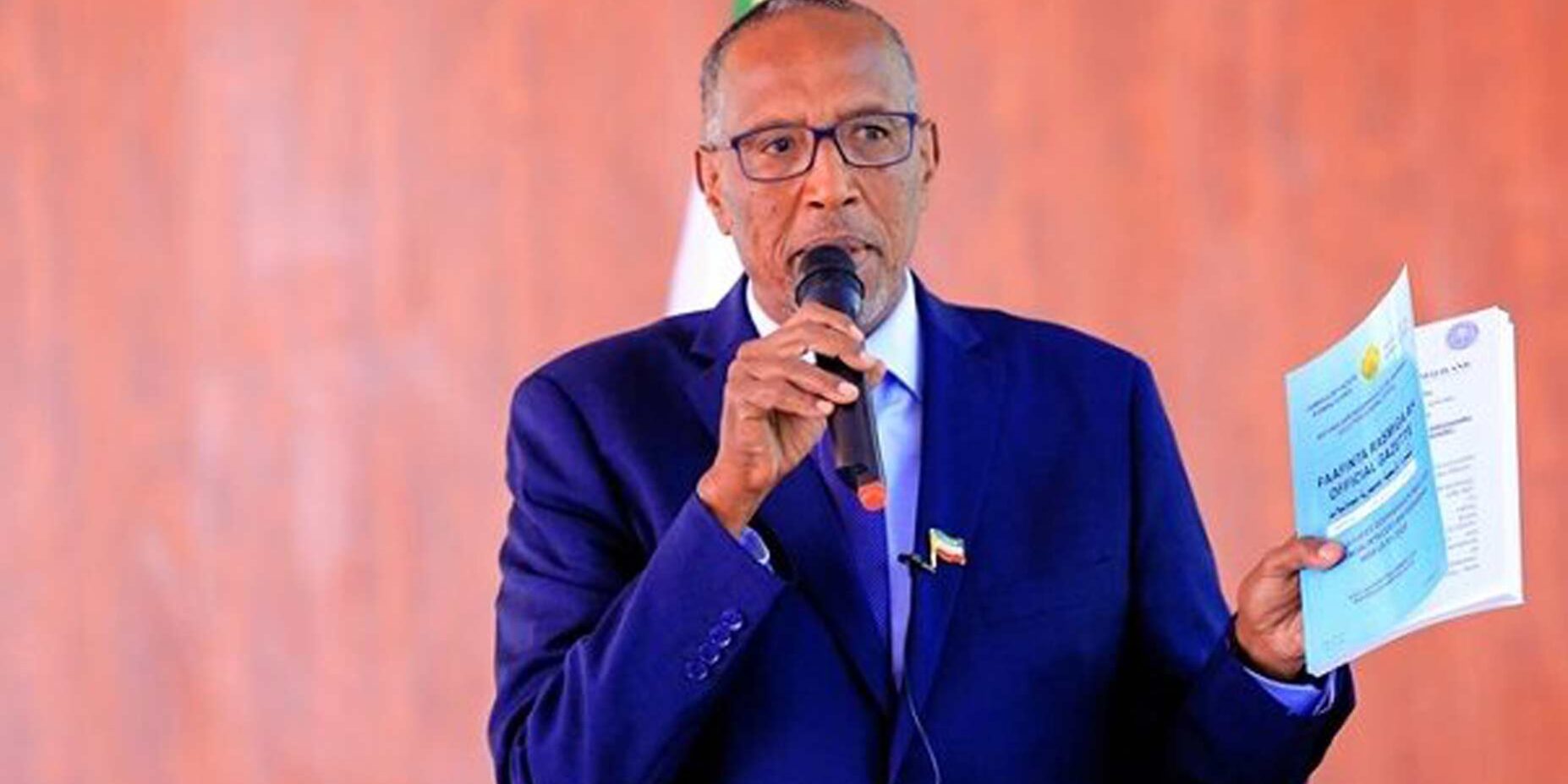 The President of the Republic of Somaliland H.E, Muse Bihi Abdi has dispelled the notion that there is animosity between him and other political party leaders hence cautioned supporters not to induce wrong innuendoes and fan tensions.

The Head of State gave the sentiments as he addressed residents at Odweine in Daad-mareed region on Friday 16 September 2022. He is leading a large entourage as he officially tours the eastern parts of the country.

Thousands of people living in the city of Oodweyne, led by the regional and district administration, elders, leaders, intellectuals and various sections of society, waving fresh and flags of the Republic of Somaliland, welcomed the president and his delegation in an elaborate manner.

The reception welcoming them ushered the entourage from the outskirts of the town coaxing the President to disembark and walk with them marching hilariously through the roads to the town streets in a lively and joyful way.

The President who spoke to the people of Oodweyne thanked them for the rousing welcome they accorded him.

Sultans and the traditional leaders of the area, the regional administration who spoke in succession, thanked the national President for his visit to Oodweyne, and appreciated the extensive development activities implemented by the government in the whole Daad-Madeed region.

The Ministers of National Planning, Livestock and Fisheries Development, Dr. Ahmed Aden Buxane and Hon. Said Sulub Mohamed, who spoke at the fuction, thanked the people of Oodweyne for the warm welcome they gave to the president and his delegation, and pointed out that the government has made great efforts in the development of the region.

The President delivered a comprehensively multi-prong speech to the people of Oodweyne thanked them for the high level of hospitality they had given him, and underlined that hospitality and independence are traditional cultures of the people of Somaliland. Oodweyne.

He reiterated that the government he leads is ready to hold the planned elections in the country; and while talking about democracy, he said, “elections and associated campaigns should not breed animosity, we don’t that”, and continued, “first of all, politicians are generally friends and there is no conflict between them, society should know that”.

“There is no conflict between me, Abdirahman Irro, Faisal Ali Warabe, Gabose and others. What is in contention is only the policies of addressing issues”, and lamented, “It is unfortunate that the youth and the diehards misconstrue issues to ferment tensions”.

The President H.E. Musa and his delegation, who have already received a wide reception in the Sahil and Togdeer regions, are expected to continue the Eastern regions tour in his itinerary.