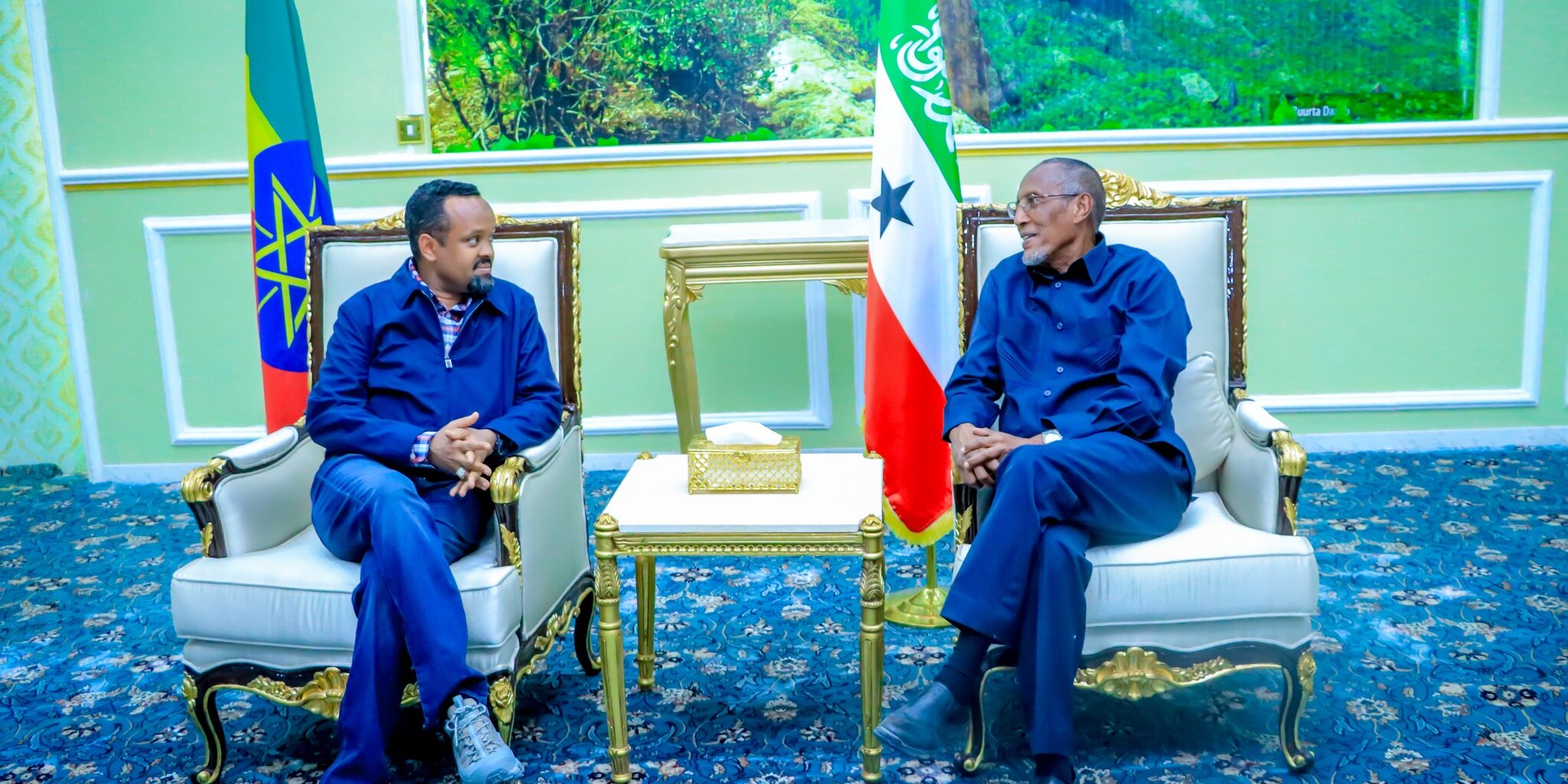 The Federal Republic of Ethiopia, today, sent a federal-level delegation of ministers to Somaliland to show its empathy with the people of Somaliland at an hour they needed sympathetic shoulders following the devastating fire that gutted the Hargeisa business heart last evening.

The Ethiopian delegation was led by Ahmed Shide, Federal Minister for Finance, and Dagmawit Moges, Minister for Trade, including high-ranking officers and technical people from the security and infrastructure sectors.

The delegation was received at the Presidency by His Excellency the President, Musa Bihi Abdi, immediately after arrival.

Minister Shide and his delegation then proceeded to tour the still smoldering former site of the largest commercial hun in Somaliland and the capital Waaheen. All that remained of the business center were the chars and teetering remains of some of the buildings, gutted and burnt-out cars, and a few steel bars that held some of the canopies.

The Somali State of Ethiopia, on the other hand, has been with the people of Hargeisa and the government since the outbreak of the fire fighting the fire side-by-side with their fire-fighter counterparts, complete with their powerful trucks.